The port of the city of Belluno

The port of Belluno

Borgo Piave is a charming village built on the bank of the La Piave river. Built in 1931, although small in size, it contains a hundred-year history. Inside we find one of the rare harbors risen in the middle of the mountains, in fact in Borgo Piave, stood the port of the city of Belluno. A village that swarmed with merchants, artisans and rafters. A first crossroads of river trade of timber that came from the Cadore, they descended the river to land in Treviso and continue to the Serenissima Venice.

We reach the center of the Borgo where we find the current square. A hundred years ago you would not have found the square but the port. The rafts docked just where the church of San Nicolò (1361), patron saint of raftsmen and those who in general had to do with water, now stands. The church was enlarged in 500, as it had become too small to accommodate all the faithful. Pay attention to the capitals in the churchyard. Right there the rafts docked. Still in the harbor (in Piazza Borgo Piave), look for the 16th century palace of the Doglioni family, the locals know it as “the Botegòn”, the ancient hotel that housed the rafters and travelers. Not far away we also find Casa Secco and Casa Fantuzzi, two fine artistic buildings of the fifteenth century. Given the proximity to the Piave waters, Borgo Piave is also a place of Opifici.

In 1182 some mills were built for working wood, wheat and textiles. However, we also remember the floods of the river that forced the inhabitants of the place to do numerous works and reconstructions: we remember the 1963, following the disaster of the Vajont, and in 1966 during the flood that struck Veneto and Friuli.
Not to be missed…

The route is very easy to follow, suitable also for families with children. All external route. All the buildings are currently inhabited and can only be visited from the outside. 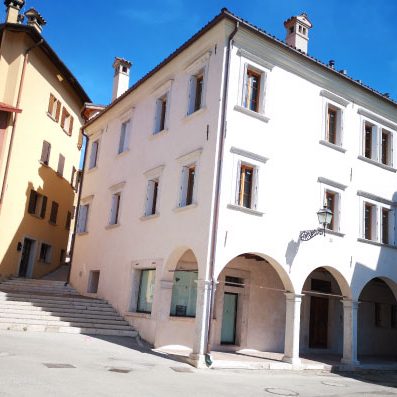 Right in the square of Borgo Piave, ex port of Belluno, there is the sixteenth-century palace of the Doglioni family, the locals know it as “the Botegòn”, the ancient hotel that housed the rafters and wayfarers. ADDRESS Via dei Molini, 7, 32100, Belluno Opening Time not available Telephone not available Mail not available web not… 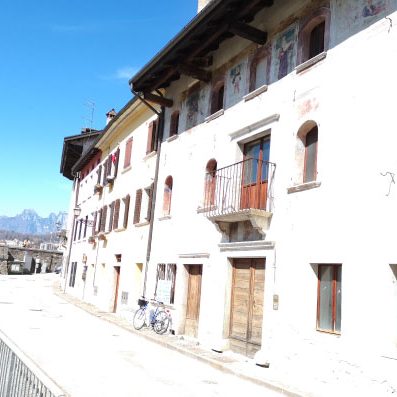 Private building dating to the XV century, partly rebuilt on several occasions, following higher noble models of the upper city. The façade still shows large parts of the original fresco decorations painted at the beginning of XVI century. The author is unknown and shows some artistic weaknesses, in the composition and in the rendering of… 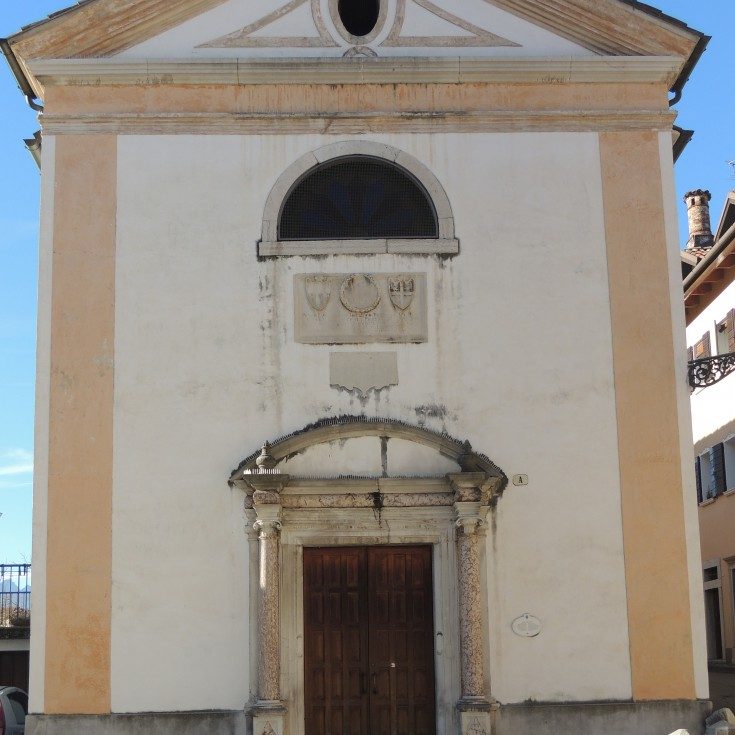 Spiritual center of the Borgo Piave community, dedicated to St. Nicholas patron of the “zattieri” (the timber rafts punters) who transported wood and goods along the river from Cadore to Venice. A first building was erected in 1361, then rebuilt in 1547 as recorded by an inscription engraved on the architrave of the church, then…